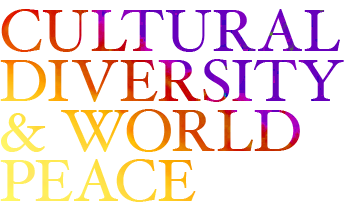 It is the IONA’s philosophy that the more we accept that spirit is filtered through the screen of humanity - with all its many colors – the closer we will be to world peace.
OUR DIVERSITY DEFINES US
IT DOES NOT DIVIDE US
The island state of Hawaii is one of the most culturally, ethnically, and spiritually blended societies in the nation. Hawaii’s human ecosystem is such a mixed breed of eastern and western ethnicities it becomes impossible to isolate any given race, and many who grow up in Hawaii do not experience racism the way others do in less diverse communities.

Such an upbringing of cultural diversity drew Artistic Director Cheryl Flaharty to the work of psychologist Carl Jung and philosopher Joseph Campbell - pioneers of new age wisdom and the archetypal imagery that is now a cornerstone in IONA’s highly visual work. This symbolic visual emphasis, rooted in the Japanese butoh dance form, has evolved IONA’s work to incorporate imagery as a means to demonstrate cultural and religious diversity.

Research for IONA’s first evening-length work, ‘The Mythology Of Angels’ (1992) discovered the archetype of the angel in multiple cultures as the connecting force between God and humans. The production features a gamut of angles from multiple cultures and mythologies, including several conceived by Flaharty. The final segment of the work surmises that extraterrestrial beings are a contemporary metaphor for the angel.


IONA's VISUAL IMAGERY
For Flaharty, the costume becomes the primary image and meaning for the dance and the dancer realizes their movement and their emotional relationship through that costume. IONA’s Paint by Number (2005), uses color as a means to reveal the birth of language, of conflict; the need to share, to be different, to explore, to combine, to maintain purity, to find meaning; to celebrate, to laugh. It is IONA’s philosophy that the more we accept that spirit is filtered through the screen of humanity - with all its many colors – the closer we will be to world peace.
AROUND THE GLOBE

360 VISION
Around The Globe
IONA'S 360 Vision is to participate in the global change toward a greater consciousness.

OUR ENVIRONMENT
Around The Globe
IONA's work focuses on the environemntal issues facing our planet, animals and human kind.

SUPPORTING WOMEN
Around the Globe
IONA's work with women in transition in our community.

Paint By Number
Around the Globe
Audiences Love Paint by Number! “Squishy Spashy Fun! Bravo!” Check it out!