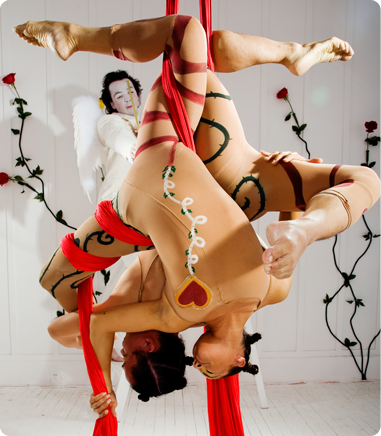 As a hallmark that makes IONA stand out from other dance/theatrical groups, alternative venues and cutting-edge themes act as a muse for Artistic Director, Cheryl Flaharty. ‘The Living Tarot’ was the fourth interactive production of IONA’s diverse Salon Series which offered audiences a once in a lifetime provocative interpretation of eleven of the major Arcana Tarot cards.

This production took place at the century-old house located on Oahu's Pali Highway (dubbed, 'The House of the Living Tarot'), in which the living installations became personal encounters as audience-members roamed from room to room to experience the cards they were dealt by their personal reader as they walked in the door.

And the cards have come to life again - virtually - check out IONA's E SEASON
to see the whole show!

THE LIVING TAROT
SALON SERIES
Watch the cards come to life in one of IONA's most epic shows!

THE LIVING EARTH
SALON SERIES
In 'The Living Earth' IONA weaves together dance and spirituality to present a theatrical dialogue of universal concerns.